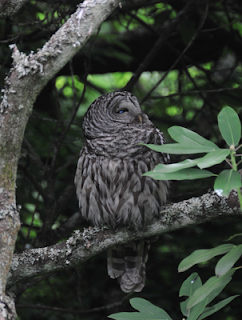 The northern hemisphere and its weak sun
makes the dreams, or the lack of, a little longer
Until the sweet song of the chickadees blows away the sleep
And the eye catches them against the blue sky
In groups of eight, in groups of ten
Autumn approaches and if you could read the sky and the trees and the whispers of the wind, its approach would not seem all that silent
There are books to be read and the pages smell sweet
But between morning and noon, the room is filled with roughly struck notes
From carefully placed chords
The guitar looks taller than the mountain I can see from my window
Formidable, not negotiable
The wall is blank, there are drawings, that look primitive
- compared to televisions.
The day grows suddenly still and uncomfortably warm
My mind is on the farm from many years and many miles ago
The bullet rumbles through the field. Dad. Pauses. Takes stock. Smiles
And disappears
The old man, twirls his white moustaches
And in his raspy voice begins to tell me a story
About death
I am a child, lost in his shadow that falls on the lime plastered walls
The story abruptly ends with the sound of cawing
The crow lingers on, talking incessantly
And I am reminded of crows and cities and ecology and smoke
And brains of men that can comprehend neither biodiversity
nor simplicity
I throw paint on paper, scribble ideas
Inked with anger, which outlasts
my supply of India ink
Then the chickadees fly past again
A blue jay. An eagle.
If I am lucky, the barred owl would be lazing around on the tree
I put my shoes on
and walk out on the revolution.