Bringing common back to sense. A few thoughts on armchair activism. 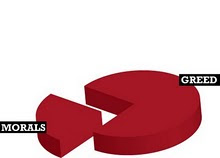 Let’s sit down with a cup of coffee, shall we. Let’s not talk about anything. Let’s just look around, let the images and words and sounds make their way into our minds. And let’s rise above the noise of it all. What do you feel?

Here’s what I feel. Making my way through the alleys of noise, I find myself being dragged by the sounds of demented television anchors. Loud cacophony of news and views which are more manufactured than the sugary biscuits I munch with the coffee. In this struggle I realize the topic of our discussion is determinants of successful activism and the politics of new technology. And I laugh.

Activism. It’s a loaded word. Let’s google it. Here is what you get. The use of direct, often confrontational action, such as a demonstration or strike, in opposition to or support of a cause.

We will never get far with activism. We don’t need activism in this world. We don’t really have a cause we are fighting for. Or need to fight for. So, if you ask me what are the determinants of successful activism in new media, I’d say, the first step is let’s not talk of activism.

Here’s what I mean.

Have you ever over-eaten? Have you ever let yourself go on that chocolate for instance? How the euphoria that each taste bud feels and each neuron quickly conveys to the brain makes way for the sickly feeling of having overdone it? Dizziness. Nausea.

Now think of our world having over-eaten on the beautiful, delicious thing called profit. It was great in the beginning. Now we are over doing it. Agriculture, mining, industry everything is overdoing, overselling, over consuming the concept of profit.

Of course the dizziness and the nausea is being felt. Every time a Niyamgiri happens, every time a Monsanto tries to control agriculture of a country, you feel sick. It’s not natural.

But there are no villains. I am sure it’s not necessarily what we want, morally, but what we end up with. Profit, like chocolates, or alcohol, or tobacco is an addiction that is amazing in the beginning but eats away the body and the soul eventually.

But we are over doing it. We are getting obese on our concepts and hypnotizing ourselves to believe in them.

Just like any other addiction. Your mind will convince you to have another one of that drag, that chocolate, that pint. And you will give in.

Will a protest march against your own body help?

Will a protest march against Coal India Limited help when secretly we desire the profits from its oversubscribed issue?

Will a protest march against Vedanta solve anything, when they can buy and sponsor this march. Or just label it as ‘Naxal’ and have the police shoot at you?

The answer is no. Listen to it. It’s sounded alarm bells in your brain.

So how do we fight this then? How do we make that stand for a better world? Here’s my answer: common sense.

Common sense tells us that the resources are not unlimited. That the destruction caused by mines in ecologically sensitive areas is far more than the profits the mine will bring on the table. Hence, Vedanta can go take aluminum overdose.

But the problem is, common sense isn’t so common these days.

Because we are living in a world where we are being fed on images and words and ideas by a few. How did we let them control what we feel about things? How does a few unintelligent newsreaders feed ideas into our perfectly capable brains? How did we as a nation allow an actor to tell us about the goodness of colas when science proved they had pesticides?

Common sense isn’t common these days, because we ceased to be a democracy. We live in a dictatorship of the market.

Everything is for sale in this country. From our morals to our land to our forests to our agriculture. And most people end up becoming sales agents of The Great Indian Clearance Sale. And those who are not, are classified as activists. A convenient label that takes the ‘common’ away from sense.

But look at the odds. If a Coal India Limited issue is oversubscribed at $3.2 billion, what will a protest march do?

If the most powerful man in the world is selling Monsanto to us, what chances do you and me have to tell people that GM Crops aren’t the way forward?

The truth is, we are staring blankly at an addiction we can’t control. A cancer that will eat its cure first.

So, why fight? Why try to make our lives miserable? Well, hold on to that thought right there.

How do you convince yourself not to eat so much of it again? Simple, really. You pile up facts about what it can do, you combine it with your experience and there you have it. Temptation vs Facts. Questionable vs Questions.

And in a world where almost all mainstream media is sold out to the companies, what’s your hope to gather facts, start conversations with people who feel that we have had enough of profit. That it is time Bill Gates shut his trap and Monsanto became a museum relic?

The answer is: social media.

You can force people do follow you by violence, But you can’t convince them, or make them believe. Social media is gentle persuasion. And over time it will turn the tide against the market forces.

But let’s digress and take a quick Chapati break.

The Indian bread that is staple food of a billion people. Rewind to 1857. Indians organized themselves for a fight against the British and till this day the fight continues between historians. Each wanting to outdo the other in putting a label to the revolution. Did I just say revolution? Well, there’s a whole lot which calls it nothing but a sporadic rebellion. Hard to digest. Unlike the amazing little chapatti. Which was used to mobilize people.

Here’s something from the internet http://www.chapatimystery.com/chapatis

The British feared that this news was spreading and the sepoys were mobilizing for a revolt. But how? They suspected that villages across India were using chapatis (flat, round indian bread) to hand-delivered from village to village – especially in Awadh and Bengal – to organize themselves. The secret paper messages were baked inside the chapati, they imagined.

It is at the point of the omen’s obscurity, not in the order of the symbol but in the temporal break of the sign that the interrogative che vuoi of agency emerges: What is the vertiginous chapati saying to me? The “indeterminate” circulation of meaning as rumor or conspiracy, with its perverse, psychic affects of panic constitutes the intersubjective realm of revolt and resistance. What kind of agency is constituted in the circulation of the chapati?

It is at the enunciative level that the humble chapati circulates both a panic of knowledge and power. The great spreading fear, more dangerous than anger, is equivocal, circulating wildly on both sides. It spreads beyond the knowledge of ethnic or cultural binarisms and becomes a new, hybrid space of cultural difference in the negotiation of colonial power-relations. Beyond the barracks and the bungalow opens up an antagonistic, ambiguous area of engagement that provides, in a perverse way, a common battleground that gives the Siphai* a tactical advantage.

Give me a chapati and I will astonish the world.

Well, not really, no. The point is people always look for something where they can all connect. A truth which is universal. And that is the only successful determinant of successful – common sense revolution.

Isn’t it what social media is all about? Bringing people to a common place. Letting them have a conversation. Bridging distances. But can it become a vehicle of social change? Or is it just armchair activism?

To me, there is noting called armchair activism. It’s all a move towards achieving that critical mass. If enough people start feeling strongly about something, it will bring in a change. Slowly. But surely. The process is frustrating and painful. But here’s what will happen if more and more people start talking about an issue, and start discussing it. Armchairs or not.

Questions will be asked

More the questions, lesser the lies

Lesser the lies, more the solutions

More the solutions, better things get

I think we are at the stage when people are starting to ask more questions. And lies have less of a breathing space than they ever had. If this isn’t a positive sign, what is?

So can social media and the people overturn the Monsantos and Vedantas of the world? If you really want to know the answer, no.

I have little hope that we can bring about a revolution in our thinking. I think the rot has set in too deep to be curable.

But I wake up and tweet and put links out to the entire world, along with thousands like me. Why? Because I don’t want the history books to be written without the words – ‘we did not want this dystopian future’.

Because I want the luxury of a ‘we tried our best’ sigh. And that luxury is not available at any shopping mall in this or any other country.