An evening in Aarey Colony 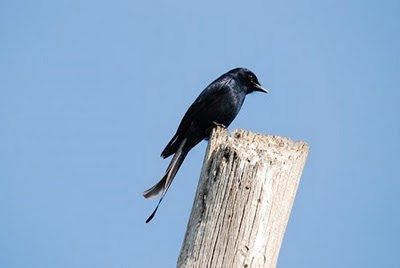 Troubled by the heat, the snake crossed the road to find shelter where the egrets played in the tall grass.
The pigs made merry with garbage. The plastic bags, as usual, jarred the image.
The dogs, lazily, wondered what is it all about?
The goats showed some acrobatics to reach the Neem tree leaves, while the crows gathered around the ugly iron bin.
The sparrows played about in the sand, oblivious to extinction and we walked on.
The parrots talked about in the sky. They were after something. God only knows what caught their fancy today.
The cuckoo sang a lullaby to the crows so it could sneak into their nests.
The little birds with long tails darted about in groups. We still have to identify them.
The coucal was suspicious.
The buffalo looked up and ambled about, carrying the egret over it.
We came upon a temple and the bells began in earnest.
The mother called her children and at that moment, the rain tree filtered the last sun of the day and everything was at peace.
All this while, a drongo watched on. I wonder what report it must’ve prepared and who it goes reporting to.
The parrots, well, they could not care less.
Posted by Munna on the run at 06:14