A nation of fools and the world house sparrow day. 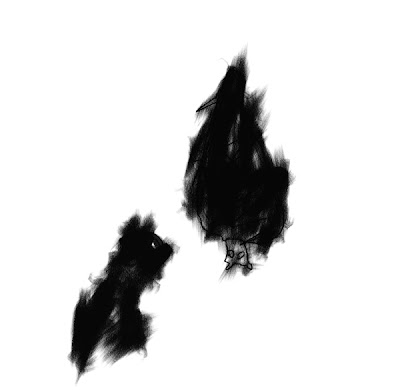 So a residential colony, Technocrat Society, in Mumbai cut down 30 year old trees because bats used to roost on them. The residents, contributing their own deafening decibels to the world with their televisions and cars and machines and their banter, complained of ‘noise’ the bats would make.

They cut down 1 acre of trees in Prabhadevi in Mumbai.

I wonder just how many people lived the colony. Did no one ask why it was being done? Did no one think about how rapidly their living conditions would decline when the trees are gone?

Of course, no one thought about the bats. Black, slimy, ugly, aren’t they?

The president of the society, KM Patel, and the hundreds of others probably never went to school or they would have learnt that bats eat millions of insects every day. Or we would be diseased dry. They would have, of course, never studied about trees giving out oxygen. Who needs that?

So with anger for breakfast, lunch and evening snacks, I went for a walk and I found a tree in Mumbai where bats roost and tried to find what exactly could have caused such pain to the residents. And this is what I found.

Hundreds of bats hanging on the trees. Half asleep. Some spreading their wings in laziness, some talking to each other. It was evening so probably they were making plans about their night out. Soon about a hundred crows joined them on the tree and held their own conference. And then came the mynahs. They had their own agenda to discuss, but were cut short by parrots, who arrived with their gossip. Mynahs and crows and parrots and bats. That was till the koyals arrived with their song. And they enthralled the audience with their lovely songs.

This tree is just like any other tree in Mumbai. And anywhere else in India. Every evening birds hold their conferences and their concerts there. And in one lonely acre in Mumbai the residents chopped down the trees for that reason.

The residents probably are sitting in their living rooms, as I write this, and watching tv at high decibels. Some of them may be honking their way home. Noise?

I walk back home convinced that we are a nation of fools. I do not think that we can ever understand the plight of the Dongria Kondh, or the tribals in Chattisgarh or anywhere in the country. It’s a sad, lonely and futile battle.

Like those bats, common sense in India is roosting its last.

Today is the world sparrow day and I have a little secret. In my journeys in the cities of India over the last three months, I have seen a welcome sight on some bushes and some trees. Sparrows suddenly appear in hundreds in the evening and roost for the night. Not before discussing the day in their beautiful twittering. But I am not telling where. Some residents may take offense and chop those bushes and trees down.

This is indeed very disturbing!One acre of trees?!Was it all done in accordance with the Maharashtra (Urban Areas) Protection & Preservation of Trees Act 1975? Googled for some details & found this:http://cat.org.in/index.php/difference/page/save-trees-save-yourself/
I hope every state takes to the recent example of Delhi whereby it will now cost 20K to cut a tree there.Of course,I can never understand how anyone has the heart to do it with any kind of 'disturbance' as an excuse!
And you are right about the birds,their constant din is such a pleasure now:)Chanced upon the 'Nature Forever Society's' website yesterday(http://natureforever.org/)...very impressive...more of such initiatives are needed.

The news report came in TOI Mumbai edition on 20th March.
What is shocking is the attempts to justify the felling of trees by the society president.

This is insane. But I am proud to tell you that the colony I stay in, although full of gits, has some wise kids. I returned home last month to note that a couple of school kids had taken over some construction company's assignment as they were going to chop a few trees down so they could widen the road, etc. But such incidents almost always go unnoticed isn't it? I wish I was there to document it. Even hearing about it makes me want to load those kids up with an annual supply of their favourite chocolate.