I want my country back 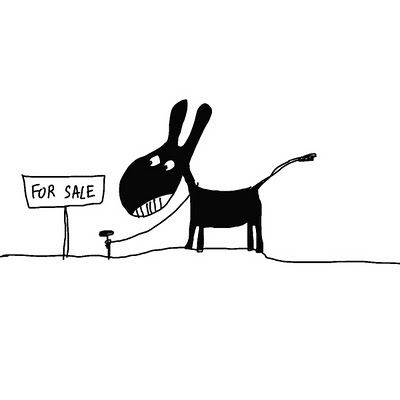 The look on the faces when they say it.
“India is a huge market!”
“India is a growing market!”
The sense of pride oozes out from a million guts of businessmen and politicians and economists and spreads like fungus on everything.
Advertisements in newspapers which shout: If you want a jog, head for the 30th floor.
Really?
I wonder if India didn’t turn into a growing market, and just an amazing country as it used to be, what would happen?
Would we have a better public transport system instead of a zillion, and growing, cars?
Would we have more green spaces in the cities and not buildings with terrace gardens which don’t know their petunias from plastic?
Would we be taking more interest in reviving our rivers than pledging, as an advertisement proclaimed, we will have a certain brand of mineral water this year.
Would we be talking about our nation’s food security and not giving it away to companies like Monsanto?
Would we care a little more about tribals and their way of living and not rush to buy Vedanta's shares?
Would we start queuing outside the Parliament with our questions, and not outside malls for 26th January discount sale?
Would we really study Gandhi and not go crazy over Mr. Moneybags Gates who wants to control the food of the world?
Would we care a little more about which birds we spot in our everyday life and not just pretend ‘we just don’t see’.
Would lesser number of tigers end up in Chinese restaurants?
If India was a country and not a market, would we step out of the malls, look around at the crumbling infrastructure and dying rivers and ghettoed greens, and think to ourselves, “Hold on, this isn’t progress!”
Today is Republic Day. And I want my country back.
I want to be able to say, India is an amazing country.
And not try to contain it and define it by a word called ‘market’.
Posted by Munna on the run at 03:45

I especially liked the bit about public transport, Monsanto, and the and discount sale.

We must wake up and look around us to be able to see our India. It's crying out for our attention - everytime a tiger is killed, or everytime a brave soldier dies a forgotten death, or everytime a politician announces [yet another] cost overrun on a project that's at least a decade behind time...it's time we woke up and looked beyond what this 'market' can become and realize where this country is. Jai Hind.

munna, what to do? india is like this only! let's get into running our own country our way on our piece of land one day...

A thought provoking post, that will make you halt and ponder!

Ours actually has to be a balanced development, that is environmentally sustainable.

Truth lies somewhere in between. It has to be a trade off. We need to be a big market to be of any consequence but need to also retain our quality of life.

I too want the same stuff aa you said, but nothing is possible without economic growth. I think what you are wanting is sustainable growth. But whatever be the case, I love my India too and proud of our growth, our past and our future.

-''If India was a country and not a market, would we step out of the malls, look around at the crumbling infrastructure and dying rivers and ghettoed greens, and think to ourselves, “Hold on, this isn’t progress!”
-How well you say it...Nice to know people like you who care.

Nice!!
We, like any other animal, are driven by fear and greed. For a country with so much poverty, it is natural to look forward to prosperity and MONEY!

sometimes I wonder... maybe all countries will be gobbled up, and all that we are will be huge tracts owned by monstrous companies.