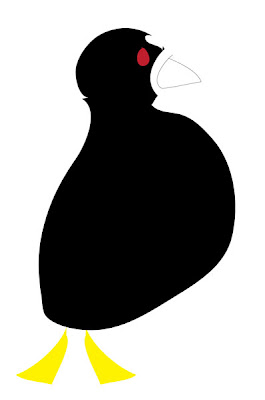 So while the world goes on, the coot laboriously picks up the bits and pieces from the canal water and collects it by the side to make its nest. It’s an amazing collection of twigs and plastic and things thrown into the canal by dirty humans.
In more ways than one, the coot is like the keeper of the canal.
It’s been three years and we have lived with coots almost. First in Amsterdam and then in London. And it has been a pleasure. I have spent hours watching the coot go about its usual routine and spend a good amount of time fluffing its feathers and fighting.
When I put pen to paper, the first bird I draw now is the coot.
And I think I must note down my observations of how the coots of Amsterdam are different from those of London and to those of Kota.
Here are some moments we enjoyed in the company of Monsieur coot, captured on camera by Anvita.
Posted by Munna on the run at 09:39