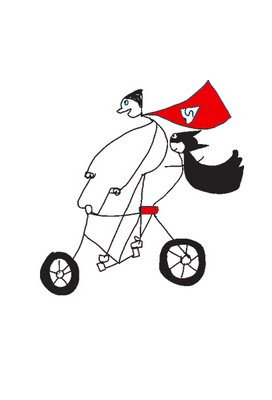 When I was a kid, I used to think I will meet Batman and Superman one day. That was when I was being humble and not thinking about becoming them. I could be excused. I was in kindergarten.
Many bat-moons later, I'm still fond of superheroes. The difference is, I have met them.
They look like you and me. And they don't ride fancy cars and don't fly with capes fluttering behind.
They ride bicycles. And they come in boats. And they come walking. And they come leaving their jobs and their families behind.
They come and they climb over dirty coal plants and shut them up.
The police kettles them. The government shuns them. People ignore them. But they always come back.
And then the governments listen to them. And the dirty coal plants shut for good.
These superheroes are saving the earth, one coal plant at a time. One airport runaway at a time.
Sometimes, they stop by and ask me for a drawing or two. And I happily take out my pencils and draw them some.
It's the least I can do.
For Climate Camp UK and all the activists fighting for climate justice.
Posted by Munna on the run at 21:23

A Benevolent Sultan for Life said...