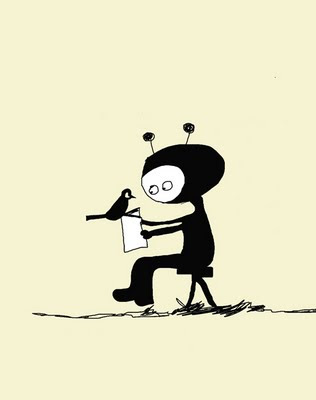 About four generations of people I know, know about, have heard of, have seen have got wasted.

Nobody amongst us became evolutionary biologists who would talk about the amazing mysteries of birds. And why they fly and why they do what they do. So we could think and come to love them more. And when they were going extinct, we would be up in arms.

Nobody amongst us became an astronomer who would engage our hours in star filled discussions. Who would make us think a little more carefully about our own planet. So when we were throwing fumes into the air and plastic into our drains, we would feel something wasn’t right.

Nobody amongst us became an archaeologist who would dig up stories about our common pasts and possible futures. Who would make us respect our cultures a little more and not engage in the trivial talks of my religion is truer than yours.

But we all became engineers and doctors and ultimately MBAs.

We unlearnt everything about life and learnt Business Administration.
We learnt marketing. How to sell things.

And as more and more of us became that, we became louder and louder. More uncultured. Uncouth. And downright dirty little scumbags who roam the malls and get fat on burgers. From Oxford Street in London to a mall in Gurgaon. We became the sellers and the buyers. We choked on our own glib vomit.

It could be watching birds. It could be making music. Cycling around the world. Watching stars. Digging history. Or it could be simply called, happiness.

The more of an MBA we are, the lesser of this elusive little thing we get.

This post hit me exactly where it was supposed to and I'm so glad it did. Have been a big fan of your posts and since I work at Ambience with most of your ex-colleagues, I get to hear a lot about your other talents too. Keep them coming sir.

What is this life
if full of care
we have no time
to stand and stare...

For an odd doggerel and even a classical nature poem, drop in at..

ingeo - word verification of this post. Helps you improve your vocabulary

I feel ingeo-licious about posting on this blog!

Rare to see such authentic expression DIRECTLY FROM the SOUL/HEART/MIND!