Under a tree, looking for disappointment. 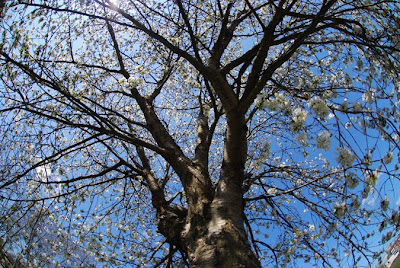 Well, there you have it.
We started our advertising lives together, got mesmerized by it together, smoked tons of cigarettes together and got disillusioned by it over the years. (Advertising. And in my case, smoking too.)
In our separate little ways.
He quit the corporate world to take on pottery.
He spins a wheel not for his living, yet, but for his liking.

Another friend of mine quit his job and his interest in doing a job, perhaps in that order, and has been chasing eclipses and other heavenly phenomenon ever since. His life is consumed by the stars. Of the Stephen Hawking variety, not the daily horoscope variety.
He looks through his telescope and god only knows what he sees.
I haven’t recovered from the last time I saw Saturn from his telescope.
But I digress.

They have both found beautiful new reasons to get disappointed, and disillusioned about.

The star chaser is currently suffering from post eclipse depression. He spent ten days preparing for the eclipse with his astronomy gang. Some tonnes of material was carried to Patna. But the monsoons wiped out the slate for him. He has shown me other people’s pictures of the eclipse. This is what could have been, he says. Oh what an amazing reason to feel fucked about.

The potter is sitting, as I write, in the suburbs of Mumbai. Contemplating teaching pottery in Goa. His money is running out, but not his belief that he will never go back to the corporate world. But that isn’t on his mind right now. He is troubled by the conflict that solitude poses before us. Just how much is enough, before you start hallucinating about the benefits of a regular advertising salary?

I leave these two gentlemen, with their conflicts and turn to mine. Hopelessly colourless by its comparison to my friends’ beautiful disappointments, is mine with words thrown at me from above the hierarchy garbage.

I take a walk and stand under a tree. Soon I must find my own beautiful reason to get disappointed about. What people in the ad business say and do, just doesn’t seem, how to say it without repeating that word but what the heck, beautiful.
Posted by Munna on the run at 08:27

Email ThisBlogThis!Share to TwitterShare to FacebookShare to Pinterest
Labels: Advertising

there is compassion & beauty shinning through,
your words!
isnt the test really,
not to let the beauty in us
being corrupted ?
kind greetings

Do what makes you better and happier.
And keep looking for beauty.

Someone told me that once and I still
think it's really simple, but very true.

your post and what Ainara says makes me want to point you to Rilker, Rainer Maria Rilke, if you haven't read him already :)