Don't you smell a rat? 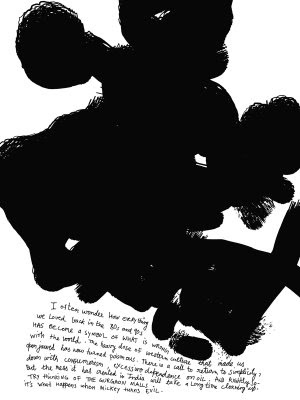 I know what you mean. I felt exactly the same way about Gurgaon. Sorry, that should be present tense. I feel exactly the same way about Gurgaon. Even though I now live in it. But here's my take on it. The urban sprawl, the gross architecture, the hilarious town planning were the first, some would say, inevitable effects of the 'village in a hurry'. The first step, that first dab of lipstick before the behenji turned mod. She's a long way from mod yet I tell you, but since I've been looking into the property market lately, I've noticed that some of the newer developments aren't as bad as the initial corniness of Hamilton Court and 'Ship building'. Have you seen those? Oh, you must. They have a string of these exclusive apartment complexes - badly planned with a lot of Roman plinths and Greek columns with cheesy Western names like Laburnum Gardens, Oakwood Residency, Hamilton Court and Galleria Shopping Arcade. The Kalkaji mindset, given money and a free hand had gone berserk expressing themselves. It made one sick. But now, after the crude lot have done the hard work of turning it into a metropolis, certain pockets have shown a little restraint. My prediction is that certain cornerstones of Gurgaon - like the Bristol and the Ship Building will fade away into decreptitude while a newer, sleeker township takes over. It's happened all over. You can see it in London in some of the old 70's style shopping malls that nobody goes to. In the States, where they've come to house the more unfashionable brands and in Singapore, which I know better. I can't tell you how often I've come across some sad, flashy building that was once a famous hub around Orchard Road but now hosts houses of ill-repute and Giordano and Bossini outlets.