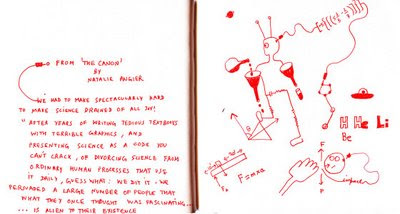 There was something about the science period in school, which was confusing. When you talked science with friends, it seemed so exciting. When you used to discuss Star Trek and all the unimaginable possibilities, science used to be, well, magnetic. Then they killed it.
First the obnoxious SK Sharma killed it with his formulaic bullshit on the blackboard, his raised voice and his loose hand which he used to transfer kinetic energy on to unsuspecting cheeks of students. God only knows that I am still nursing the mortal wound in my soul. Chemistry died that day when he slapped me for calling out Celcius instead of Centigrade. I can still hear him shouting, who is that bastard?
Then came Gerard Peter. With his oily hair and precision mathematics. And a penchant for slapping unrivalled by any other. I didn’t think maths was boring, I thought it was sinister. And it stung.
Physics was laid to rest by a 70 year old Malu, who used to whisper and mumble like he alone knew the secrets of the universe and was not telling.
Secretly, I continued my education with Isaac Asimov, Carl Sagan and wondering if the force was still with me.
That was till our generation got blinded by the glaring lights of conspicuous consumption.
We forgot how the stars looked like. How the billion journeys across the skies could make us less concerned about our own greed and make us think of far more important things.
Science, to me and to a lot of others, was lost.
Then over the last few days, several things happened all at once.
I finished reading the most amazing ‘The World Without Us’ by Alan Weisman with a sense of shame on being a human.
I watched Star Trek, which redefined the genre of science fiction, took the trash out and once again rekindled the questions that used to amaze me. The movie kicked the collective butt of ‘photons, neutrons and morons’.
And I began to read the wittiest, the most well written book on the subject in years: ‘The Canon -Beautiful Basics of Science’ by Natalie Angier.
My brain has been howling with laughter more than it did when I read Douglas Adams. I can only recommend it highly. If I was a millionaire, I would have gifted it to everyone I know and don’t.
I can feel it coming. Another era of exploration. Which will take us, as Leonard Nimoy’s voice says at the end of Star Trek more convincingly than ever before, where noone has gone before.
And though I am no longer a student, I am ready to go into the science period. Again.
Posted by Munna on the run at 12:41

yes this is brilliant. really enjoyed reading this post.will try to get hold of these books! thanks mr.munna.

Loved this post :) Yes, I liked my science, for me it gave me so many answers to why things were the way they were. But clearly you have a love affair with the subject. 'The beautiful Basics' part of the title urges me to leave my diffidence behind.

contagious review... looking for the book.