The thing I hate more than the new year eve 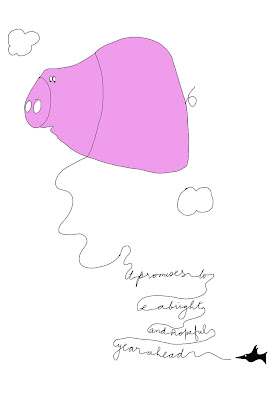 Is writing a review. So I will write some and feel better, or even celebratory, about the new year.
The truth is, I wanted to get these out of my system.
Some of these were shouting and screaming to be told. And one in particular was decaying and the stench was strangulating my thoughts.
So here we go. In as few words as possible.

1. The World Without Us: Alan Weisman
It’s perhaps one of the most important books I have read in recent times. Not only it is imaginative, it is brilliantly argued. I have lost all hope in the world. I think we are hurtling towards our collective, dark and stupid deaths with what we have done to the planet. This book makes me feel good, great in fact, about the world without humans. If you have someone studying in school, make them read the book. Discuss it. This is stuff that can lead to some amazing conversations.

2. Palestine: Joe Sacco
This is a bit late for a book that came out in 2001. But then I just read it and it shook me. I won’t go on and on about it, but just hasten to mention that after you read this graphic novel, your view of the world will never be the same again. In more ways than one. Because not only Joe Sacco is an amazing cartoonist, he also brings alive the misery and death and sweat and grime and politics of Palestine and Israel. It’s terribly important for us to know. Because like it or not, all things are connected.

3. News Channels
Bombay. Terrorist attacks. And a crazy journalist shouting and screaming to the camera man to zoom in on the broken glass and hoarsing, horsing to us: Look at this, look at this. Oh my god, look at this.
For a month I have been possessed by extremely violent visions of what should happen to people like that.
And while I do have respect for Gandhi and democracy and freedom of speech and other articles mentioned in our constitution, even a red hot iron rod down their trap would seem to me a rather pleasant revenge for what they did to us.

4. Us
Yes, us inhabitants of that little blue planet. Here is a three-point review on a scale of 10.
a. World peace: 0
b. Environment: 0
c. Immediate Future: 1 (the single point nods to some upcoming films like Harry Potter. At least we will entertain ourselves as we hurtle towards our destruction.)

There we go. I still don’t feel celebratory. But happy new year. Never the less.
Posted by Munna on the run at 18:27

really like the planner and my hands will look for the book too...and palestine, (which i tried reading, standing up, in a crowded bookstore a long time ago. will buy.)

(and what went on during the mumbai attack was probably driven by sheer shock and three sleepless nights on the job. difficult, television is. but, yes everyone needed to shut the f up.)

it's like human societies are just waiting to implode and probably will. i can't understand our capacity for cruelty at all. yes, a happy, 'hopeful' new year to you.

Thanks! Was trying to add some fun to the blog.