I know this room, I've walked this floor 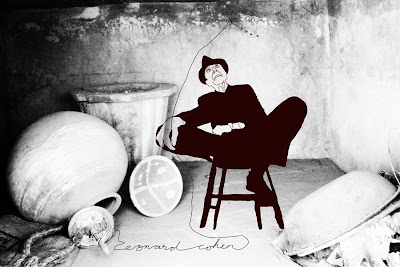 will i remember the old house where my summer holidays were spent watching my uncle's car go by. the lone tree that threw shade askance on the footprints in the sand. the old canvasses that now are painted and forgotten like the skills of the one who splashed colours, shades, dreams. the kites in the skies, the whoops and laughs, the holiday club of an odd bunch, the mile long hikes into the berry country, the tales that grandma plucked and fed hungry souls, the old cooler that made grandpa's legs ache, vishnu, who then was called to massage. will i remember the milkshaked mornings, the lazy afternoons when we stole, milkpowder cartons, from the one who would not remember his cousins, the devils will i remember my brother who showed me the old well in the backyard and said dracula would rise from there putting fear in me that would last for years and wake me up in the strangest of nights when i would be haunted by memories that i try hard to find. will i remember the voices, will i remember the songs, will the red dresses float before my eyes will i ever be able to recollect what thoughts possessed me for hours, as i watched the armyman's rifle that hung on red velvet. will i remember the day when, many years later i would visit that house and my cousin, the dracula devil would make me listen to grateful dead to the ghost of jerry garcia as it sung from a vinyl that little men collected as cool long before the rolling stones became old men and paul mc cartney the wise fool. i try hard to dig and come up with this handful of desert sand, still warm enough to make my feet hurry. will i remember the old house where my mother grew up and bid goodbyes to a world she belonged. i suspect not.
but whenever i listen to cohen and hear his dark deep voice, i touch upon old dust, which, when i clear, makes me remember a life, with every asthamatic breath.

Leonard Cohen: Two concerts between July and November. A lifetime of wishes. Fulfilled.

came here via masalachai.
btw, i had been trying (googling) so hard to find out the brains behind the 6110 nokia navigator ad (one of the very rare that find use for indian/subcontinental street graphics in the usually monochromatic ads for cell phones). !!

right back at you!!
like someone who has already commented on your blog...'you have no idea what a find your blog was'!